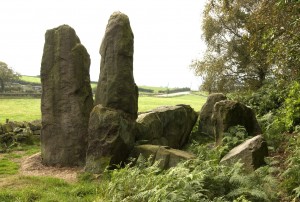 The earliest definite in situ material so far recovered from Cheshire is from the Mesolithic period, including a settlement at Tatton Mere and scatters of material from various upland locations in the centre and east of the county. Neolithic settlement is evident by monuments such as the Bridestones chambered tomb and numerous finds of stone axes and flint implements.  Excavations in 1987 at Lindow Moss have revealed Neolithic occupation of one of the sand ‘islands’ in the moss.

Around 120 Bronze Age round barrows are known in the county, lying principally on the glacial sands of central Cheshire, the alluvial river terraces and in the Pennine uplands.  Finds from this period are plentiful including at least eight bronze axes in the last few years, suggesting significant human activity in Cheshire at this time.  The Iron Age is represented by several hillforts on the Mid-Cheshire Ridge, but aerial photography has recently revealed evidence for lowland farmsteads around the Bollin Valley in north Cheshire and elsewhere along the River Mersey. Work at Oversley Farm, Manchester Airport in the 1990s saw the investigation of a multi-period site, which included a later prehistoric component as one of its elements. The discovery of the well-preserved ‘Lindow Man’ during peat cutting at Lindow Moss in 1984 was one of the most significant archaeological discoveries this century.  Although radiocarbon dating indicates a date in the early Roman period, the circumstances surrounding his death point to a strong survival of Celtic tradition during the Roman occupation.

The fortress of Deva (Chester) was established by the Romans between AD 75 and 80 to control North Wales and North West England. It rapidly developed into a major administrative centre and a thriving port. Although excavations since the late 19th century have thrown considerable light on the nature of Roman Chester including its defences and amphitheatre, little is known of its origins or major public buildings.  The importance of Chester’s archaeology is emphasised by its designation as a statutory Area of Archaeological Importance (AAI), one of only five in the country. 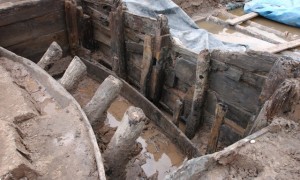 The influence of the fortress was felt through much of the county and a range of contemporary sites has been identified from the legionary tile-works at Holt (Wrexham) to the villa or farmstead at Eaton-by-Tarporley.  The forts at Northwich and Middlewich were  probably built to develop and control the salt industry and well-preserved evidence of this activity on sites in Middlewich and Nantwich has been revealed during a number of recent large, developer-funded excavations.

Over a dozen enclosures have been discovered by aerial photographic reconnaissance on the eastern outskirts of Chester and identified as Roman practice camps; some of these have been designated as Scheduled Monuments. At the crossing of the river Mersey at Wilderspool a large industrial complex has been identified, producing metals, glass and pottery.  The strategic importance of Cheshire was recognised and exploited by the Romans and is reflected in the network of military roads across the county. 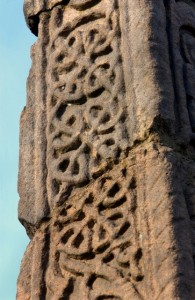 Saxon settlement evidence remains elusive but continued occupation is attested to by place-names and church dedications.  The salt towns continued to prosper, most notably Nantwich, and there is increasing evidence of Chester’s importance, particularly in the Late Saxon period.  The pair of 9th-century inscribed and carved crosses at Sandbach are amongst the finest examples of Anglo-Saxon sculpture in the country.

The centuries after the Norman Conquest saw a dramatic change in the Cheshire landscape, as large areas of the county were brought under the plough, woodland was cleared and marshes drained. Settlement was limited to a certain degree by the extensive royal forests which in the 12th century covered c.40% of the county, but the 13th and 14th centuries saw considerable prosperity, reflected in the large number of moated sites dotted across the landscape. Excavations in Nantwich have demonstrated the importance of the salt industry in this period. Prosperity was not limited to the salt towns and other centres such as Knutsford, Macclesfield and Warrington grew up. 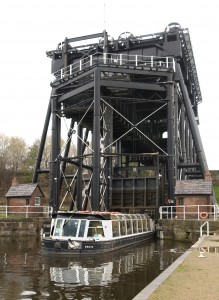 Cheshire continued to prosper in the post-medieval period and the form and appearance of many of the towns dates to this time. The greatest changes however occurred in the 18th and 19th centuries in the fields of industry and transport. Cheshire is of national importance in terms of its remains of canals and of the silk and chemical industries.

This series of factsheets  gives a brief overview of the archaeology of Cheshire.

Cheshire contains a rich diversity of historic towns, find out more about them with the Cheshire Historic Towns Survey reports.

The landscape outside these towns has been examined by the Cheshire Historic Landscape Characterisation Project.

For more detailed information on individual archaeological sites you can search the Revealing Cheshire’s Past Database, the online version of the Cheshire Historic Environment Record 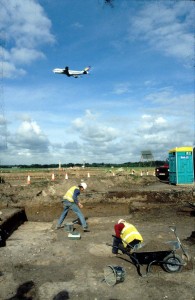 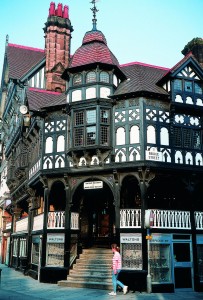 The city of Chester has a long and complex history of occupation with archaeological remains surviving from many periods in its history.  The Chester Urban Archaeological Database and Characterisation project has recently recorded these complex layers in detail. Grosvenor Museum Archaeology Archaeologists at the Grosvenor Museum have many years experience in managing and interpreting the … 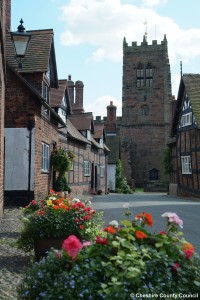 Cheshire historic landscape characterisation project The Cheshire Historic Landscape Characterisation (HLC) project was carried out with funding from Historic England. The project has examined the whole of Cheshire, together with Halton, Warrington, and the Wirral. It has produced a picture of the entire landscape, including that which is most recent, and for the first time …

There are nine different fact sheets in the Revealing Cheshire’s Past Series which were created in 2004 by the Cheshire County Council. They are a great introduction to the story of Cheshire’s past with information on over 50,000 years of history. Each one shows the distribution of archaeological sites of different periods and tells you …